Talking Transportation With the Times 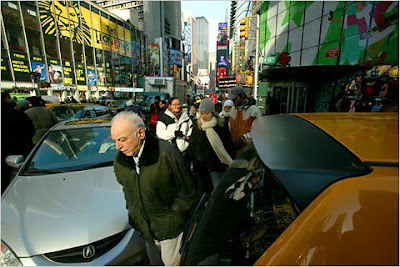 A member of the Thoreau You Don't Know team talks about shutting down the Times Square area to cars and, thus, opening it to people here.
Posted by .Robert Sullivan at Friday, February 27, 2009 2 comments: 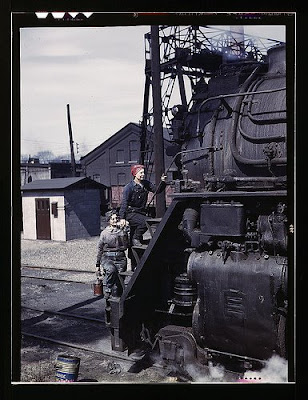 People think Thoreau was against the train. Personally, we at the Thoreau You Don't Know don;t get that feeling. He took the train to hike in the hills. He took the train to lecture. He used to hang out by the train tracks to check out the nature--kind of like looking at plants on a highway median, in terms of today. One of our favorite reporters is Sarah Goodyear at Streetsblog.org, and she recently had this to say about trains and the United States and today--she is following the people following high speed rail as it relates to the stimulus bill.
Posted by .Robert Sullivan at Friday, February 27, 2009 No comments:

According to the New York Times Book Review's blog, Paper Cuts, the discussion between Lawrence Lessig and the artist Shepard Fairey. (Jennifer Schuessler wrote the post, "Steal This Blog.") Here's the moderator's Twitter feed. All I want to say is they talked about the commons. Thoreau talked a lot about commons, pitching himself as what he called an extra vagrant, a phrase that, if you think about it, gets better and better. Here's this about the idea of commons: 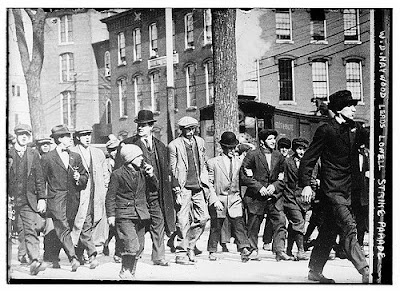 A lot of people think that Walden is a paean to nature. And it is pro-nature. On the other hand, it is an economic analysis--or an analysis of the culture that thinks only economically. The goal, of course, is to mend the rift between thinking economically and thinking nature--"healing the false binary" is a phrase the the staff at The Thoreau You Don't Know have seen in academic papers. It seems relevant to point out that times were not good when Thoreau was setting out as a writer, as this brief excerpt from The Thoreau You Don't Know indicates:

Violent class warfare was more of a possibility than the typically genteel study of the Transcendentalists’ time would indicate, or marketers who invoke Thoreau’s namenowadays might imagine. Union membership had taken hold on a mass scale—in 1834, New York City’s General Trades Union created a National Trades Union, and had a march a mile and a half long—but the layoff s zapped their power. In the winter of 1837, as theaters were deserted and markets empty, renters were planning a mass action in New York City; landlords collectively held back on their attempts to collect. For the first time in U.S. history a president, Andrew Jackson, used federal troops in a labor dispute—against the immigrant Irish workers on the Chesapeake and Ohio Canal who had attacked scab workers. The Workingman’s Party was agitating in Boston, while women working in the mills in Lowell went on strike, what they then called a “turn out,” singing, “Oh! isn’t it a pity, such a pretty girl as I/ Should be sent to the factory to pine away and die?” Philip Hone, the former New York City mayor and diarist, wondered how a workingman fed his family, given that Hone’s upper- class friends were in dire straits. “What is to become of the working classes?” he wrote. That spring, Emerson wrote in his journal: “Cold April; hard times; men breaking who ought not to break; banks bullied into the bolstering of desperate speculators; all the newspapers a chorus of owls. . . . Loud cracks in the social edifice.—Sixty thousand laborers, say rumor, to be presently thrown out of work, and these make a formidable mob to break open banks and rob the rich and brave the domestic government.”

In other words, there was a great recession, a depression, in fact-—that's what Thoreau was thinking about. And it should also be noted that Thoreau survived. It was a lot of work, but he and his contemporaries figured out ways to get by.
(Library of Congress photo of Big Bill Heywood leading strikers in Lawrence, MA.)
Posted by .Robert Sullivan at Friday, February 27, 2009 No comments: