A Life Without Principle

There almost went the economic man, maybe. (Via Andrew Sullivan (no relation) at the Daily Dish.) When Thoreau went to live in his little house on Walden Pond, another writer was writing a book in the Adirondacks, and noticing that businessmen who had fled an earlier financial panic where living in the woods too.
Posted by .Robert Sullivan at Tuesday, February 10, 2009 No comments: 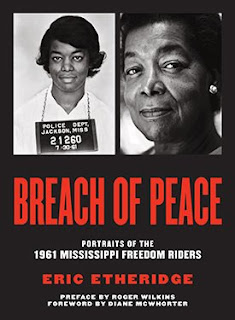 Thoreau was a practical philosopher, a practical activist. When he wrote about his stay in jail he talked about not paying a tax not because he rejected the government but because he wanted the government to work better—he made himself a friction, a principle that Thoreau the mechanical engineer knew as necessary for a machine to work. (Yes, folks, Thoreau enjoyed technology as much as the next guy.) A book that describes the simultaneous practical simplicity and radicalness of what “Civil Disobedience” is talking about is Breach of Peace, by Eric Etheridge, which contains portraits of the Freedom Riders today, accompanied by mug shots of them when they were jailed for riding a bus in Mississippi at the beginning of the civil rights movement, a collection of practical philosophers: “I can’t speak for nobody else,” one Freedom Rider recalls. Etheridge is currently on tour in Mexico, where the war that Thoreau protested was waged illegally by the U.S. After Thoreau wrote "Civil Disobedience," he was read (and reprinted, in a fair use kind of way) by Ghandi, whose practices were in turn taken up in part by the Freedom Riders. Full circle.