Sounds of the Subway 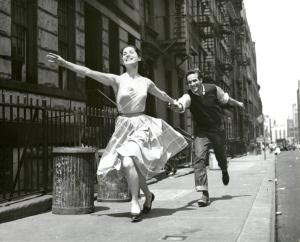 A subway sound that is reminiscent, or even more than reminiscent, of the song "Somewhere," from West Side Story--that's, in part, what Thoreau is talking about. The New York Times' Jim Dwyer notes:

To hear a love song from the undercarriage of a train, even fleetingly, qualifies as a found moment. But like Ms. McLaurin, not everyone is listening for it.

"It's hard to pick out a song in the midst of all the din down here," says Jim Dwyer. But it's like a breeze coming in here, these three notes. It's unmistakable. Once you've heard them once, you will hear them again and again. He says this in the audio portion of today's Times' column, About New York. For the record, research at the Thoreau You Don't Know indicated that the wind speed of a train entering the 4,5, and 6 strain station at Union Square is 7 m.p.h., thanks to the hand-held wind measuring device that can measure breezes coming into the station. 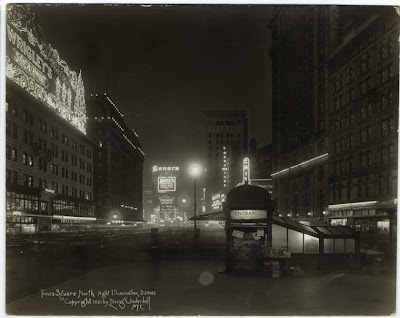 More from the column:

The playwright Tony Kushner told New York magazine last year that it was his favorite New York noise. Riders often ask transit officials about it, and readers still write to the City section of The Times to report their discovery. The filmmaker Julie Talen told me about it months before I finally caught it.

A little from Thoreau, from the journals, 1841:

Unpremeditated music is the true gage which measures the current of our thoughts - the very undertow of our life's stream.