Thoreau to Ghandi to King 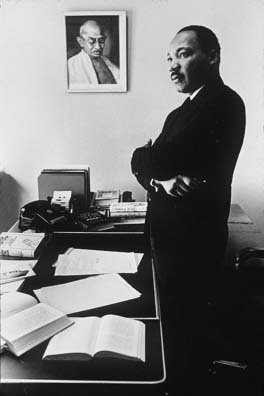 If you are in India, before March 14, be sure to stop in at the American Center on Kasturba Gandhi Marg, New Delhi, to see an exhibit featuring Gandhi, Martin Luther King and Thoreau. Returning to India to commemorate King's India pilgrimage will be former Senator Harris Wofford, who first visited India in 1935 as a young civil rights activist, as well as Representative John Lewis, who marched with King in 1965, in the march from Selma to Montgomery. (Gandhi, as previously noted in this space, was inspired by Thoreau, publishing Thoreau in his newspaper, Indian Opinion, and writing to his friends about how Thoreau's "Civil Disobedience" had helped confirm for him the value of non-violent resistance--see here.) 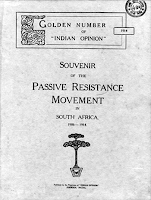 King's march was was inspired by Gandhi’s Dandi March, when, March 12, 1930, Gandhi and 78 satyagrahis walked 240 miles to the coastal village of Dandi from their starting point in Sabarmati, to make salt, a commodity no Indians were prohibittted by the English from legally producing.

Secretary of State Clinton and Herbie Hancock send the American delegation off, with a nice closing quote (i.e., 17 or so minutes in!), first, about non violence and, second, about Jazz: "Jazz is not just about music. Jazz is a pretty good guide to most things in life, and I can tell you that as secretary of state I am improvising things every day":

Posted by .Robert Sullivan at Friday, February 20, 2009 No comments: 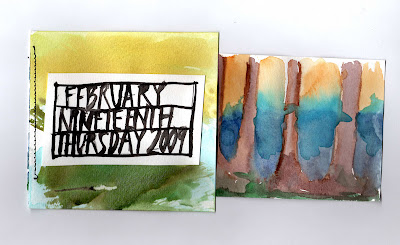 by Myrna gCopaleen, artist and photographer
Posted by .Robert Sullivan at Friday, February 20, 2009 No comments: